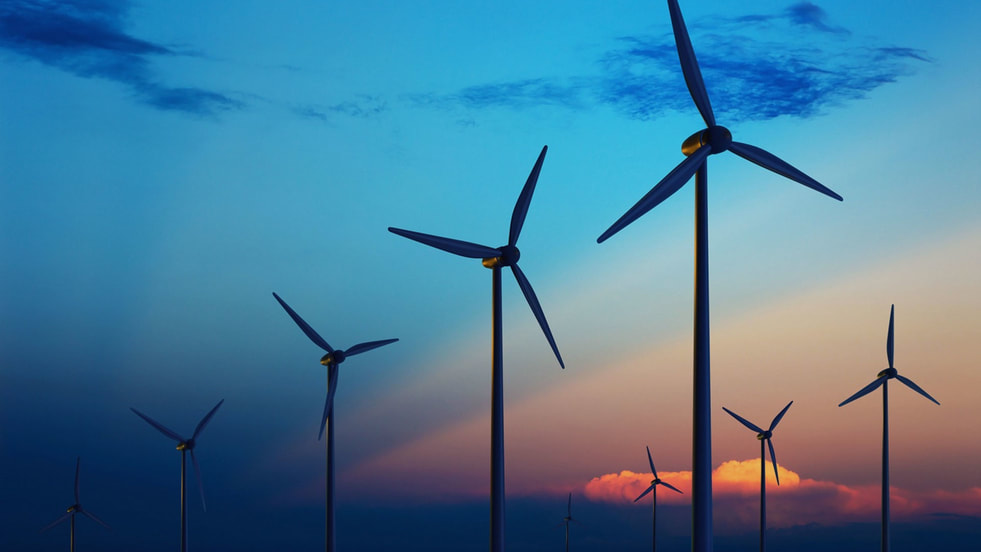 ​The Story of Humanity is one of energy — from the earliest and most distant of our human ancestors using fire to shape the tools that enabled civilisation and progress, to the more contemporary discoveries of the atom — energy has been at the core of the shared human story — an economic story as it always is by the nature of these things.

The last century could arguably be considered as one of humanity’s most productive growth periods, with the increase in total energy consumption seeing 12-fold growth over the past 100 years — increasing from 12,100 TW/h to 151,500 TW/h. Counterintuitively however, there is a phenomenon that seems to contradict the economic intuition of better technology and efficiency should lead to lower consumption of that resource over all — to illustrate, take the case of LED lights, they consume around 5% the electricity of old school incandescent lights, so naturally if everyone used these lights then total global consumption of energy and the underlying source should go down right?

In the late 80s and 90s, economist Harry Saunders identified a seemingly paradoxical relationship based on the prior work done by fellow economists Daniel Khazzoom and Leonard Brookes done on energy efficiency and its effect on the macroeconomy. Saunders noted in his paper that —

“Energy efficiency improvements that, on the broadest considerations, are economically justified at the microlevel, lead to higher levels of energy consumption at the macrolevel.”

It then starts to become clear when looking at the problem from both a micro and macroeconomic perspective. Energy efficiency makes for greater production capacity, thereby lowering costs across the supply chain, but what we fail to initially consider is the kind of energy resource we utilise to power our progress. It’s one thing to consume efficiently, and another thing entirely to produce efficiently. There is a market failure hiding in plain sight that has eluded both policy makers and even economists.

Leonard Brookes pointed this out when he highlighted the need for efficiency on both the supply side production and demand side consumption in order to ensure that the intended effects of improvement in the micro level, like the earlier LED light example, translates to improvement in the macro, such as lower demand for Fossil Fuels.

“[The productivity of energy and of other factors of production] fed on one another with rising energy efficiency contributing to rising productivity of other factors of production — labour and capital — and rising output contributing to rising energy efficiency by way of embodied technical progress. Without this interactive process we should not have had, in the meantime, the very large improvement in energy conversion efficiency- an historical example of the Khazzoom-Brookes postulate at work.” (Brookes, 1992)

The Economy of the Future (the so what part)
Consider this snapshot of the modern world:  the top 3 sources of energy are, in decreasing order of share are crude oil, coal, and natural gas. Our refineries and wells aren’t actually that different from those originally struck into the ground a century ago; as a matter of fact, production efficiency hasn’t improved as much as consumption so much so that John D. Rockefeller would still recognise as a modern “Baby Standard operation”.

The reason behind why production technology has lagged so much is because there has always been a seeming abundance that there was no incentive to innovate. But that is changing very fast -- we are approaching peak oil, coal, and natural gas, so much so that we could see the end of economically viable crude oil well within the 21st Century.

Necessity then may be the mother of innovation, and the Khazzoom-Brookes Postulate should serve as the catalyst for this generation to find novel and solutions to this bottle neck. Exciting things are already on the horizon such as under-sea turbines, energy generation using enhanced solar panel technology, among many others just coming into view.

In the near future, we may see stronger and more sustainable economic growth as a result of efficiency increases on both sides of the energy market. In the developing world for example, more efficient means of production and consumption can stimulate rapid industrialisation getting the ball rolling for the multiplier effect to take hold.

Policy Implications
Beyond simple economic imaginings, the Khazzoom-Brookes Postulate should be taken into serious consideration when preparing energy policy, since it is the lopsided focus on demand that has hurt investment and innovation on the supply side of energy. Cheap energy, and micro-level increases in energy efficiency has made everyone complacent that all things energy are better, when in fact it has made things worse. Policy makers should focus now on correcting this market failure that is generating unintended negative externalities such as increased pollution, geo-economic turmoil, and skewed economic growth in less developed economies.

An interesting solution to bridging the efficiency divide is to use one of economics’ oldest tools : the price mechanism. In order to correct this market failure, there has to be incentive to innovate in this sector. Just like subsidies on oil consumption, there should either be a tax break or subsidy to producers of more efficient energy such as hydroelectric and wind power, or a subsidy for processes that increase the productivity of existing peak supplies, such as a better refining process for oil and coal (e.g. using catalytic converters).

In conclusion, it’s important to remember that the world is much more complex and surprisingly less intuitive than we’d like believe. The Khazzoom-Brookes Postulate, though initially controversial and hotly contested by energy lobbyists and environmentalists alike, shows that improvements can and must be made in order to surpass this 21st Century Energy Bottleneck -- building a more sustainable and inclusive future in the process.