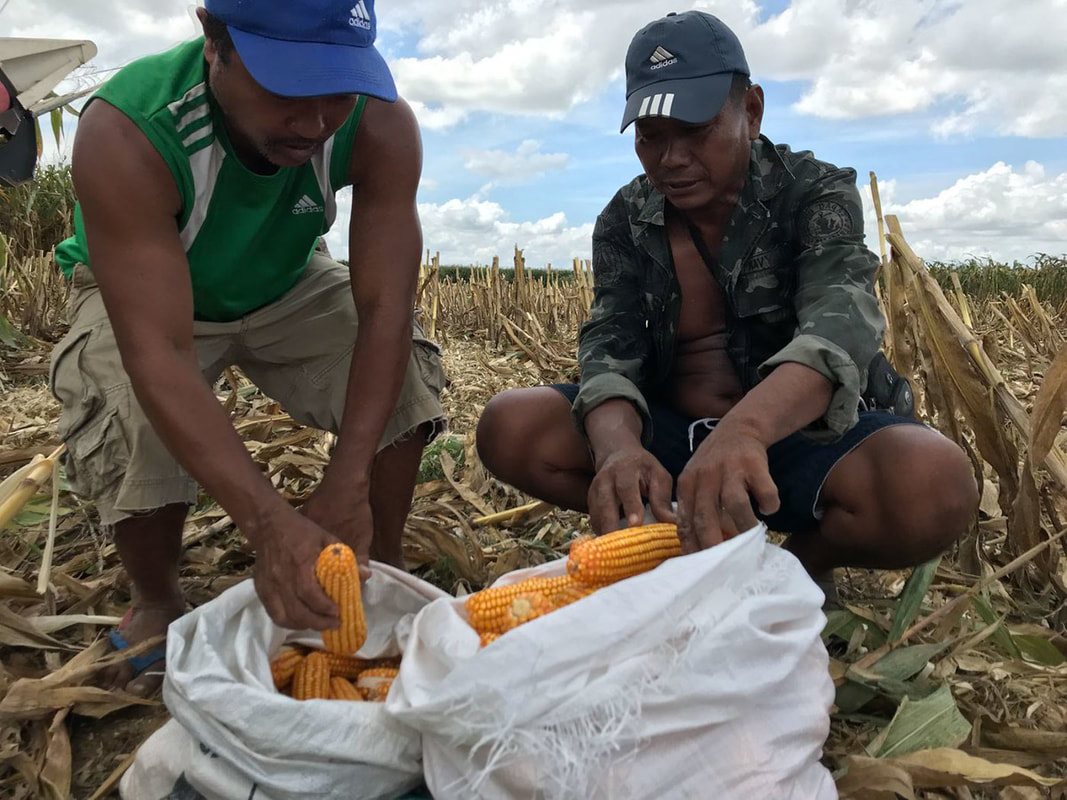 Despite the Philippines being a bountiful agricultural country growing a variety of crops, not a lot of its farmers own the very land their lives and livelihood depend on. Since the archipelago was caught under the heel of Spanish rule, the uneven distribution and ownership of land, defined by its landowning elites and tenant farmers, predominated Philippine society in stark contrast to the communal ownership of the pre-Hispanic period.

With the transfer of rule over the Philippines from Spain to the United States, the American colonial administration introduced a package of property rights reforms to correct these socio-economic distortions: the redistribution of friar lands, land titling, and the opening of public lands to settlement or homesteading.[1]

The colonial government was able to redistribute most of the friar lands but at a high price; paying the religious orders a premium, which included the high price of their lands and all their land improvements.[2] In order to aid the purchasers of the land, the government provided loans but they experienced difficulty paying them back with many defaulting on their debt when the 1912 drought hit.[3] Eventually, evictions were carried out.[4]

The Americans also carried out land titling with the Torrens system, which required the legal and geographic investigation of land titles and charges on property.[5] This was also a costly endeavor given the establishment of a national land court and registry from scratch and the high charges of professional surveyors.[6] Consequentially, very few farms were able to attain titles.[7] Government subsidies for the poor yet deserving were not even possible because of the lack of revenue sources.[8]

Furthermore, the high cost of surveying public land and the absence of homestead applicants from their land due to the Philippine-American War together with the abundance of public land led to very low rates of title issuance and higher incidences of squatting.[9]

There were even occurrences of small farmers losing their land to powerful and hostile landowners due to coercion and titling fraud.[10] This contributed to the outbreak of various agrarian rebellions during the 1930s besides the loss of the tenant farmers’ historical privileges, the increasing harvest share of landowners, and the failure of landowners to meet the demands of tenant farmers.[11]

Land Reform for Filipinos by Filipinos

Over the decades after independence, the Philippine government pursued a variety of initiatives for the welfare of tenant farmers though many of them were tainted with poor enforcement.

During the presidential term of Elpidio Quirino, the Philippine government established the Land Settlement and Development Corporation instead of abiding by the recommendations of the Robert Hardie Report of 1952 which include the abolition of share tenancy and the installation of owner-operated family-sized farms as the foundation for the country’s rural economy.[12]

The Magsaysay administration ratified the Agricultural Tenancy Act of 1954 and the Land Reform Code of 1955 only to become fruitless measures since Congress appropriated very little to the programs, inserted additional requirements to qualify, and raised retention limits.[13]

Over the 1960s, additional land reform agencies were setup but they were marred with “mismanagement, graft, and corruption” and subsequently failed to fulfill their responsibilities.[14]

The land reform program that was executed during the Marcos administration was actually competent relative to previous initiatives even if it felt short in the rest of the country. Presidential Decree No. 27 was a very comprehensive piece of land reform legislation that only applied to rice and corn farms. Although, it mostly broke up the large landholdings in Central Luzon.[15]

Solutions to Land Reform in the 21st Century

Before any land reform program can be effectively carried out, it is necessary to modernize the land information and administration bureaucracy at the regional or provincial level. There are nearly 20 agencies responsible for land administration and the coordination among them is deficient with subpar records management.[17] Decentralization would decongest the requests and submissions being filed at the national level and allow the people to easily update the information of their land holdings at the local and regional level.

This modernization initiative also has to come with a systematic mapping, identification, and cadastral surveys of all land areas, especially forest lands, protected areas, and any idle public land. Besides hiring more professional surveyors, more cartographers will be needed as well. Internships and on-the-job trainings could be opened to young students who desire to pursue a career in this field or earn basic work experience. Outsourcing some of these posts to international non-profits should also be considered.

Furthermore, national and local governments, together with the private sector, should provide effective support in agricultural techniques and technologies and in infrastructure, especially in the aspects of transportation, energy, and water utilities. Financing, to a certain extent, should also be made available not just to the beneficiaries of land reform but to the country’s entire agriculture sector.


Moving forward to the land redistribution and titling itself, situations vary on the ground and a land-agrarian reform policy that constitutes a one-size-fits-all policy will only foster adverse consequences for both stakeholders. However, it is recommended that empathy and cooperation among landowners and tenant farmers should be encouraged as much as possible instead of animosity.

Every land redistribution proposition should consider the current demarcations and any other existing ones; its treatment by socio-cultural norms and by the law; its history given the documents and whether fraud or violence was involved in alterations; and the desired outcomes of both landowners and tenant farmers.

The peaceful relinquishing of contested delineated land to tenant farmers should be the ultimate goal of a land reform program. Sadly, if cooperation is not forthcoming from landowners then the following actions can be considered:


These are just a few paths land redistribution could go.

Surely, all these efforts require genuine consultation and cooperation between the national government and its various concerned agencies with landowners, tenant farmers, and civil society groups in order to come to fruition.